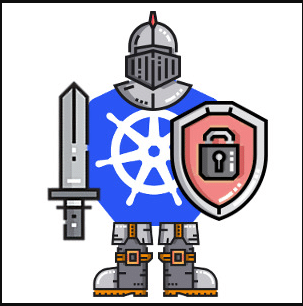 Kubernetes has become the de facto operating system of the cloud. Kubernetes makes it easy for developers like us to package our applications into portable microservices. However, Kubernetes is challenging to operate and it takes time to master the entire cluster. We often put off addressing security processes until we are ready to deploy code into production. And also our legacy applications fall short of meeting the cloud-native requirements.

One of the important aspects of cloud-native security is addressing container security risks. Deferring it to a later stage in the development life cycle slows down the pace of cloud adoption while raising security and compliance risks.

As a DevOps engineer, we need to ensure that the containers we are shipping are secure. The best way to do this is to include image scanning in the CI/CD pipelines. Early detection of security issues in the pipeline, makes it easier to fix. Most of the issues can be detected before the final deployment. This reduces the chances of outages due to security incidents by a significant percentage.

During the CI (Continuous Integration) cycle we build container images that are pulled and deployed in the further environments. We may be building images from scratch or modifying any third party images, it’s important to identify any known vulnerabilities that may be present in those images.

What is image scanning?

Docker images are composed of several immutable layers, which is nothing but the diff over the base image, that adds files and other changes. Any new Docker image that we create is most likely based on an existing image (FROM statement in the Dockerfile). Things to remember when creating images:

One of the most popular open-source tools for scanning and analyzing container images for security vulnerabilities and policy issues is Anchore Engine. It provides a centralized service for inspection, analysis and applies user-defined acceptance policies to allow automated validation and certification of container images. In the next blog, I will demonstrate to seamlessly plug Anchor Engine into the CI/CD workflow.

Looking at the high adoption rate of Kubernetes in the production environment, its need of the time to emphasize on security. Even CNCF newly introduced a Certified Kubernetes Security Specialist certification program announced which is now generally available. This is the third Kubernetes Certification program after CKA and CKAD. Stay tuned to get more information on CKS exam preparation.